What Types of Cases Do Criminal Defense Attorneys Deal With?

If you or a loved one has been arrested, you may be feeling overwhelmed and uncertain of what to do next. Being arrested can be a frightening experience, and the legal process can seem daunting and complicated. You may not know where to turn for help and/or representation. 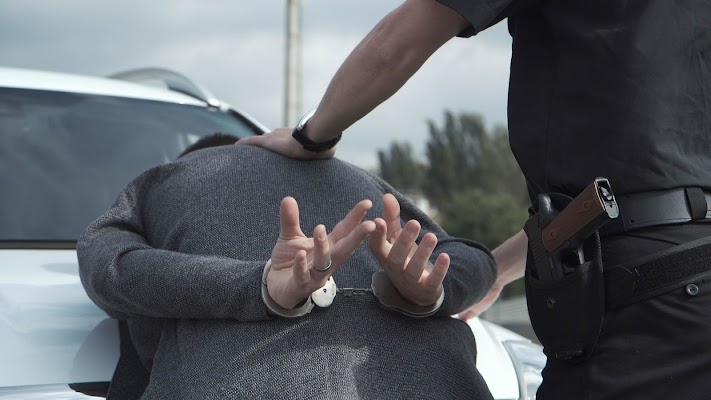 Murder is a heinous crime that can often lead to severe penalties, life in prison, or the death penalty. However, not all murder cases are created equal. Depending on the defendant’s mental state and intent, they may be charged with a less severe homicide offense. Manslaughter is a lesser homicide offense that may be charged when the defendant’s conduct was reckless or accidental. Manslaughter typically carries a lighter sentence than murder.

If you or someone you know is facing murder, homicide, or any type of assault charge, it’s important to contact an experienced criminal defense attorney immediately. A qualified attorney will be able to review your case and advise you on the best course of action. Steve Thayer has tried and won a variety of high-profile assault, vehicular homicide and murder cases. He has also obtained dismissal of several murder cases in his career. For example, in March 2014 he obtained a dismissal for a client charged with second-degree murder in Clark County (See Article).

Vehicular homicide and assault cases are often based on allegations of intoxication, criminal recklessness, and/or criminal negligence. These cases can be very complex, often involving experts in accident reconstruction and toxicology. As a result, they require a great deal of effort and experience to successfully defend.

If you or a loved one has been charged with vehicular homicide or assault, it is critical to seek experienced legal representation right away. These cases can result in lengthy prison sentences, and without an experienced defense attorney, you may not get the best outcome possible. Steve Thayer has over 45 years of experience successfully defending these types of cases. He has the knowledge and resources necessary to build a strong defense on your behalf.

If you or someone you know has been falsely accused of domestic violence, contact Mr. Thayer immediately for a free consultation. He has won many of these cases, including a not guilty jury verdict for a police officer in November of 2014. With his help, you can clear your name and get on with your life.

Being falsely accused of a crime, such as sexual assault, rape or molestation, is one of the most serious allegations that can be made against an individual. The consequences of being convicted of a sex crime are severe. You are facing prison time, loss of your job and reputation, and registration as a sex offender potentially for the rest of your life.

Steve Thayer’s law firm believes nothing is more important than the acquittal of an innocent man, and his reputation for winning these cases is unsurpassed. For example, Mr. Thayer obtained dismissal of a first-degree child molestation charge for a police officer in Skamania County, Washington in April 2010 and dismissal of a nine-count felony sexual misconduct case for a high school band instructor in Clark County, Washington in April 2011. See articles for additional information.

Being convicted of child pornography charges can have a devastating impact on your life. The mere accusation of possessing or distributing child pornography can lead to social and professional ostracism, lengthy prison sentences, fines, and mandatory registration as a sex offender.

If you are facing child pornography charges, it is important to seek legal representation immediately. These cases are charged in both State and Federal courts and demand the utmost effort and experience. Steve Thayer has achieved outstanding results for his clients in State cases charged in Vancouver and Federal cases prosecuted in Tacoma. He fights tirelessly for his client’s rights and works to get the best possible outcome in their case(s).

Drug crimes are taken very seriously by law enforcement and can result in harsh penalties. If you’re convicted of a drug crime, you could be facing prison, fines, and a criminal record that will follow you for the rest of your life.

Hiring an experienced criminal defense lawyer represents your best chance to avoid jail time and a criminal record. Steven Thayer has years of experience defending clients charged with drug crimes, including marijuana grow/manufacture and drug cases. He knows the law inside out and will use every tool at our disposal to defend you. Utilizing the Constitutional right to privacy and other procedural safeguards, Steve Thayer has won dozens of marijuana manufacture/grow, drug possession and drug delivery cases, including some of the most notorious in the history of Southwest Washington and Idaho.

If you are arrested for DUI, the potential consequences can be devastating. A DUI conviction can lead to jail time, loss of license, fines and increased insurance premiums.

If you are arrested for DUI, you need an experienced and aggressive lawyer to protect your rights. Steve Thayer’s firm has over 40 years of experience successfully defending DUI cases. He knows the law inside out and will fight for your rights every step of the way.

If you’re ever faced with criminal charges, it’s important to have an experienced criminal defense attorney on your side. For 45 years, Steve Thayer has practiced as a criminal defense lawyer and DUI attorney in Vancouver, Washington. He has dedicated his career to protecting people who have been persecuted by the police and prosecuted by the government in Clark County, and throughout the state of Washington. Call his office today for a free initial consultation, and learn how Steve and Jacy Thayer can help you.