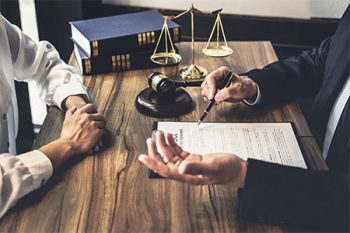 For more than 42 years, we have provided outstanding representation to clients throughout Washougal who are facing criminal charges. Mr. Thayer has successfully defended against virtually every type of crime, including:

We have tried and won a variety of high-profile assault, vehicular homicide, and murder cases. For example, Mr. Thayer obtained a dismissal for a client charged with second-degree murder in Clark County in March 2014.

Vehicular assault and homicide cases are based upon allegations of intoxication, criminal recklessness, and/or criminal negligence. These cases are complex, often involving experts in accident reconstruction and toxicology. As a result, effort and experience are critical in the successful defense of these cases.

Perhaps more innocent men are accused and charged with sexual assault, rape, and molestation than any other felony offense. We believe nothing is more critical than the acquittal of an innocent man, and our reputation for winning these cases is unsurpassed. For example, Mr. Thayer obtained dismissal of a first-degree child molestation charge for a police officer in Skamania County, Washington, in April 2010 and dismissal of a nine-count felony sexual misconduct case for a high school band instructor in Clark County, Washington in April 2011.

Utilizing the Constitutional right to privacy and other procedural safeguards, we have won numerous marijuana manufacture/grow, drug possession, and drug delivery cases, including some of the most notorious in the history of Southwest Washington and Idaho. 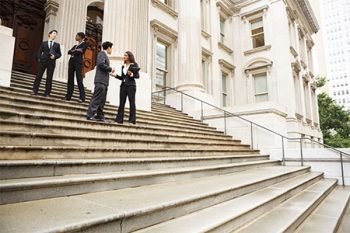 The potential consequences of a DUI conviction can be devastating, including the loss of license, jail time, fines, and increased insurance premiums. We bring over 50 years of expertise and experience to the defense of these cases.

Mr. Thayer is a founding member and former Vice President of the Washington Association of Criminal Defense Lawyers. His successful handling of a variety of high-profile criminal cases earned him the inclusion in the Super Lawyers list as voted by his peers in the Washington Law and Politics survey every year between 2000 and 2012 (except 2002) and 2020. In addition, attorney Thayer has, for many years, been recognized in the Bar Register of Preeminent Lawyers and AV-rated* by the Martindale-Hubbell Law Directory.

When you need an attorney in Washougal who represents your best interests and has a proven track record when it comes to defending a wide range of criminal charges, call Steven Thayer. Mr. Thayer will lend you the best representation in protecting your rights and future. Call our office or contact us through our website today. We also have evening appointments available. We also provide a variety of other legal defense services. When you need an attorney in Battle Ground, Camas, Vancouver, Salmon Creek, Clark County, Ridgefield, or anywhere in between we are here to help!