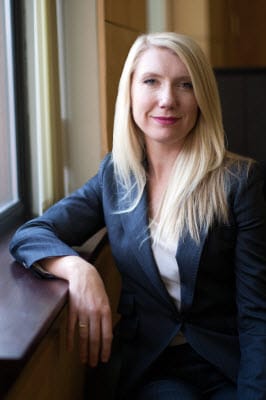 Jacy Thayer was born and raised in Vancouver, WA.  She graduated from Fort Vancouver High School in 1999 and went on to receive a Bachelor of Arts & Sciences in English, History and Fine Arts from the University of Portland in 2003.  After receiving her Juris Doctorate from the University of West Los Angeles School of Law in 2008, she went on to pass the California Bar Exam in 2008, followed by the Washington Bar Exam in 2009.  She is admitted to practice in both states.

Jacy works with her father, Steven Thayer.  She primarily handles cases in Clark County, Battle Ground, Camas/Washougal, and Skamania County.  While mainly focusing on misdemeanor cases, including DUI and domestic assaults, Jacy also works closely with her father on felony cases.  As a team, they have tried and obtained acquittals in both misdemeanor and felony cases.

As a practitioner, Jacy aims to give peace of mind to all of her clients from the moment they walk into her office until their case is resolved.  She prides herself on being attentive, responsive and compassionate.  In 2015, she received a “Client’s Choice” award from Avvo.com for her numerous positive client reviews.